Precisely Manufactured to Your Specifications

Precisely Manufactured to Your Specifications

Yanhao develops and manufacture ASME flanges according to different specifications such as ASME B16.5 flanges with a 1/2″- 24″ conditional pass; large diameter flanges (26″- 60″) are manufactured to ASME B16.47 requirements. We offer the ASME standard flanges in various designs and dimensions: slip on flange, welding neck flange, lap joint flange, blind flange, threaded flange, socket-weld flange as well as atypical shapes depending on the drawing documentation in carbon, alloy and stainless steels. The extensive range of materials and dimension guarantees the use of ASME pipe flanges at both high and low temperatures, as well as at high pressures.

What is ASME Flange?

What is ASME? Founded in 1880 as the American Society of Mechanical Engineers, ASME is now a professional organization with 120,000 members in 151 countries, focusing on technology, education, training and research in the engineering sciences and technological community. ASME sets internationally recognized codes and standards that increase security. ASME (Boiler and Pressure Vessel) Pipe Code regulates the requirements for steam and heating boilers, pipes, pressure vessels, fittings and nuclear components for the American and Canadian markets. The code ranges from the regulation of manufacturer certification, quality assurance, design, material selection, manufacturing, testing, testing, acceptance to certification. Around 120 countries worldwide have now joined this set of rules. When it comes to selling flange and other pipe products on international markets, companies cannot avoid this set of rules.

What is ASME Flange standard? ASME Flange standard refers to a series of specifications for the production of flange products based on ASME Boiler and Pressure Vessel Code (B&PVC) and ASME Pipe Codes, by specifying the flange size, surface conditions of the flange joint faces, sealing surface shape, pressure / temperature relationships, marking and the technical delivery conditions of materials, which ensure the quality and safety of flanges and other pipeline products. ASME standard focuses on flange measurement, working pressure and tolerance, which means high performance of global engineering components and is widely recognized by many countries around the world.

ASME standard flanges are referred to the flanges are governed by ASME standards, which classify the different flanges according to the relationships between obtaining a curve in its material by the effect of exposure to given pressure and temperature. Based on this standard, the ASME flange classes are: 150, 300, 600, 900, 1500, 2500, 75. Flanges according to ASME B16.21 / B16.1 / B16.5 or ASME B16.47 standards are normally made from forging with machined faces.

Customized ASME Standard Flange producing including designing, boring, drilling (smooth or with thread), blasting, coating and marking for all requirements according to customer specifications. Welcome to send your draws, inquiry and sample to us for a instant quote! 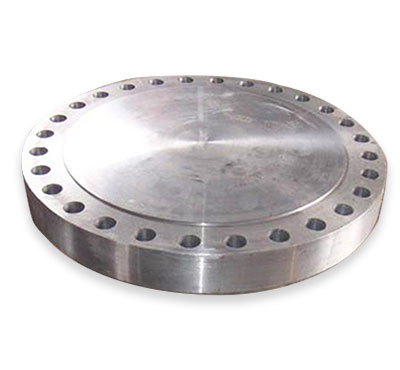